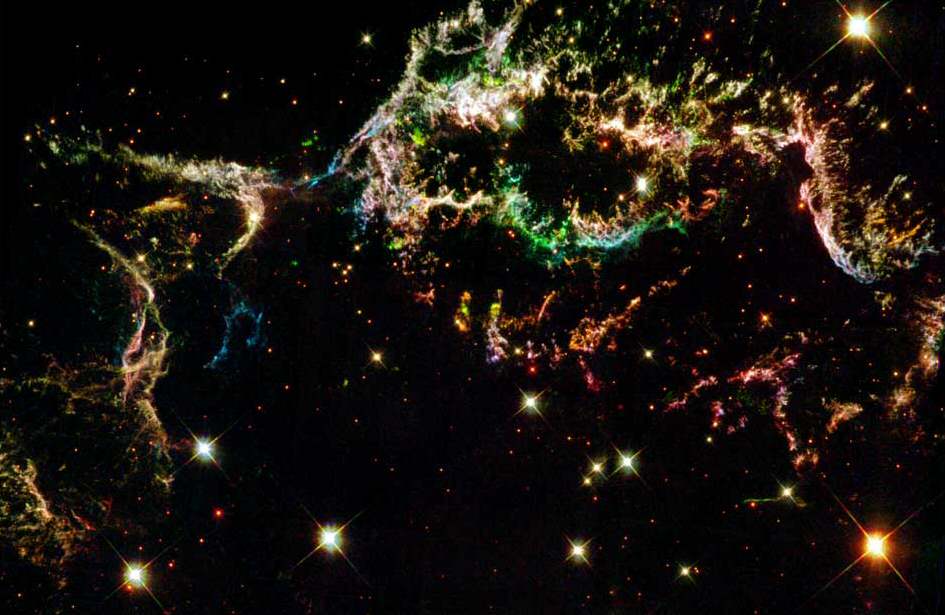 A Supernova is a star of sufficient mass, which can
- if it is no longer able to produce energy from nuclear fusion -
collapse in on itself and then explode as a supernova.
So much energy is released that, for a while, it may appear brighter than the host-galaxy itself!

For a star to explode as a supernova it problably starts out with a mass of at least 10 times of our sun.
It will first evolve into a red supergiant, and unless it loses a large amount of its mass,
the star becomes unable to resist the force of gravity.
The core collapses, and finally the star will be blown apart..