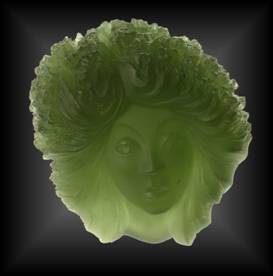 Who has not seen the Wizard of Oz
and Dorothy's struggle to return back to Kansas?

But she was lucky, because at least she knew where and what home was.
Not everybody is that lucky though. Some of us are born with a longing
to 'return', a longing so strong, it can even make us ill - but to
where we want to return, we simply do not know.
We might feel the need to travel, always hoping we will find this special place
which will make us 'belong', but most of the time the efforts are in vein.

I was born with this longing, a longing no one in my family could understand.
I was meant to love the nation I was a citizen of, I was meant to be proud
to be a citizen of that country and I was expected to support
our sports teams and our way of life.

But I could not.

I did not feel these ties.
Even when I was still very 'little' I knew deep inside
that the house I was living in was only a house, and not my home.
My parents were the most wonderful people any child could wish for,
and so my feelings could not have originated from mistreatment in any way.
I was loved and very well cared for, and I suffered a lot from guilt,
because I thought I was terribly ungrateful.
But my longing did not mean I did not love my parents or the
'roof over my head' they were providing for me.
I adored my parents and I still do!
But the feeling of not really belonging there, and with that the feeling of
belonging somewhere else.. did grow stronger and stronger
over the years and caused me much pain and confusion.
I never did fit in with the 'crowd'.
At school I always stayed an outsider.
I spent much time on my own, burying myself in books, puzzling,
listening to music - basically avoiding the outside world as much as possible.
I loved nature and animals, and do consider our dog the truest friend I had
during those 'childhood' days. In fact, I got on well with most animals.
They felt purer to me then humans did, without wanting to sound like one of
these animal mad ones who will only love animals
and hate every human being on earth.
I do not hate humans at all. I find them generally fascinating.
But I have problems connecting with most humans.
For many years I tried desperately hard to fit in,
to become part of the human society,
only to find that the harder I tried, the more an outsider I became.
The friends I have are few and hand picked.
I do socialize, but hate small talk and gossip, it bores me.
I often scare people because what I want to discuss is in many cases
stuff they have never thought about.
The ones that love me say I am vibrating with energy,
the rest thinks I am strenuous at best and nuts as the most likely.
I feel the loneliest surrounded by many people.
Crowds are a dread to me and I generally avoid them
(won't find me at a rock-concert, unless that band really does it for me)

One could now turn around and say:
"Well, girly -
you simply suffer from a form of contact disorder, maybe even mild autism."
Let me assure you - I do not suffer from any of that.
I am extremely outgoing, and I am able to talk to absolutely everybody
about absolutely everything. But - I have found myself standing in the middle
of a field, nearly dissolving in tears, and calling out to the stars
that they shall please take me home. It scared me to do such a 'silly' thing.
I love nature, wilderness, untouched forests with all my heart and can spend
hours talking to trees and non-human animals, but when it comes to looking
out for something familiar, I will always lift my eyes upwards...
I often wondered why I could never feel at home anywhere on this planet,
why I always arrive as a stranger and always leave as a stranger.
And one explanation I have come to consider is
ahem... that I might not be an earth soul at all.....
I was watching TV late one night
(channel hopping *eeks..blush*)
when I found a program on alien abduction theories.
It was all very tongue-in-cheek, not really taking the subject serious at all,
when suddenly they showed an interview with a guy called Scott Mandelker.
And that guy said something down the lines of:
"If you have ever found yourself standing under the night sky,
asking to be taken home.. then you might be a wanderer, too.
There are many alien souls currently here, millions,
and many of them are sleepers who do not know
why they feel as confused as they do."

But I did not go out and buy that guy's book the next day.
O no - in actual fact it took me over 7 years
before I decided I wanted to finally read it!
I don't like Gurus. I reject leadership.
I have never been a follower of anything or anybody.
And to be honest, a lot of that book did not appeal to me,
or better said - not all of it was applicable to my situation,
because there was a lot of talk of groups and missions and so on,
and it never felt to me as if there was a group I belonged to
(not even an alien one)

But some of what I read did make sense.
And it wasn't learning something new.
It felt more like reclaiming/rediscovering part of my identity.
The way we sometimes know something is right, but are too scared
to admit to it because we fear the consequences...

Alright - now what is the base line of all of this?
Forget it, I will not turn around and claim I am a full-blown alien
and my home planet can be found somewhere in the Circinus Galaxy!
And I am not currently building a spaceship in the shed, either, honest!
But I do on occasions wear a Moldevite around my neck,
and I still love looking up to the stars at night.
The idea I might not come from earth has given me some form of weird peace.
It would explain an awful lot for starters, but it also hands me the
opportunity to lean back and simply watch the events unfold,
instead of suffering from everything I see.
I feel a deep need to help this planet and its inhabitants as much as I can,
but at the end of the day I am a spectator, a guest,
and what is happening here is not necessarily my business.
I do not know whether there is an existence after this one,
and I do not think it matters whether there is one or not.
That's something to be found out when the time has come,
but if there is such a thing as reincarnation,
then I am pretty certain I have never been here before -
and I most certainly do NOT want to come back!

As far as God(s) or Devil(s) are concerned, I am not afraid of either of 'em.
Should they exist, then all I can say is that they have made
a bl**dy mess of things, and they should be kicked for it.
Deities are not my cup of tea at all
(the old leadership problem again, I guess..)
and should I ever run into one,
be assured I will give him or her a good piece of my mind!

But if I do have a home here on earth it must be the
Mojave Desert in California,
because of all the places I have been to (and there are a few),
that desert feels the most familiar to me.
It did happen a while ago that someone turned around to me and told me
(more or less out of the blue) I would be the essence of a planet.
It was very strange, because this Lady also said that I have strong ties to the
Mojave Desert, and considering that I had never met her before,
not told her anything about me,well, that was a bit of a spine-tingler...
The Lady was very much into stones and minerals and did a lot of healing
(not me.. I felt relatively healthy that day... :P)
Maybe she was just very 'tuned in' and read my deeper thoughts
or maybe she truly sensed something alien in me, I can not tell.
I never blindly accept anything, even if I wish it was true.
Staying critical is something I consider immensely crucial.
I don't like to be led just by passions.
Passions are wonderful, but they can turn one blind to the bigger picture,
and as long as I am still working on piecing the bigger picture together,
I like to stay objective, using logic as much as possible.

What it means 'being the essence of a planet'?
I do not have a clue...
And I am not sure it is of major importance either.
At present I am stuck here and must make the best of it,
no matter how hard that sometimes is >.<
And also - being alien does most certainly not make
one 'better' or such silly stuff! I do not consider being of alien origin
just to make myself sound more interesting or special. I explore this line
of thought because something inside of me does strongly respond to it.
Still - no matter how strong this feeling - definite proof for it I have none,
and as long as there is no such proof it stays as questionable as any
other theory/religion'whatever I have come across, and I will not claim
it to be the final and absolute truth.....

Okay, if you think you might be a 'wandering soul' ,
maybe you want to read the book I mentioned.
Its title is "From elsewhere: Being ET in America"
and the author's name is Scott Mandelker
(I purchased mine through amazon)
But I think caution is always important.
Scott Mandelker does not strike me as a guru,
neither do I feel an organisation or 'sect' here, but as I have no dealings
with him, I can not judge his sincerity/honour/honesty.
I felt alien (not alienated, there is a big difference!)
long before I read that book, meaning it did not put ideas into my head,
but what it did was help me to accept this as a real possibility,
and as such I found it valuable.

Everybody is different, and you have to make up your own mind,
plus everybody should always take on responsibility for their own actions and thoughts
*winks and smiles*

I named him very unimaginative HOPPER, and I found him at the Demon Adoption Center.
Who did drop a cute little alien off at a shelter for demons, I do not know, but I had to get him out of there quickly.
Poor creature felt nearly as confused as I do most of the time!!!