Seems, curious stranger, you have stumbled upon my private den...

I thought long and hard about whether or not to put pictures of me in here,
as in truth I do not believe what the eyes can see is what truly is important.
I have not once looked into the mirror or seen a picture of me that I felt showed my 'real' self;
instead it is always just a 'shell', only the physical matter which hosts me at the moment,
and whatever I am, resides within that shell, and isn't visible as such to a simple sense like eye sight.
Still I decided after pondering, to put some pictures of that shell up,
as somehow it is tragic and funny all in one how one can find one's self trapped in such a shell,
and I know it matters to many to have something' visual', too, to judge or relate to.

But please remember.. you can look at these pictures all you like, and still you will not know anything about me,
and even venturing through this site will at best only give you a glimpse of what creature I might am,
and that is the same not just for myself, but whoever we may encounter whilst journying through this weird world
- what you see is not what you get -
it is what you can not see with eyes, and for what one often has to go in search for within another,
that matters and makes a being unique and ultimately what you end dealing with,
to either come to like or love, or maybe dislike and even hate...

activate with greatest of caution *nods nods*
I recorded this with a tiny mp3 player and a terrible midi file from 'puter, and it's very quiet (be glad, lol)
My Kittiesama had a competition on her forum, related to a vampire game I have been playing on and off,
and we were to rewrite the lyrics of Christmas songs, and well, I decided I might as well sing it, too, what I had rewritten
(I won the competition as I threatened I would record more *rofl*)
=love you, Kittie *cuddles one of the few she ever has felt safer with*=

no editing gone into this photo - obviously *coughs*

Halloween 2005 - and she was meant to sit on my shoulder, but she kept wiggling
(even though she'd make such a fantastic witch cat :p)

left unattended with an old black eyeliner, I can become rather.. uhm.. creative..? *blinks*
but the other photo proves I do not always draw strange pattern on this physical shell!!
(although I probably would, wouldn't it be such a pain to wipe it all off again *mutters and sulks* :P)

And yeah, that should be more than enough even for the most curious, in regards to what the owner of this site might 'look' like, uh?
I'd pretty much say so, but if anyone really wants to 'see' more, then go here --> pics *shrugs*

Because I had it now a few times that people have come back to me
asking what star sign I am - here it is - even though I am not really a believer in astrology
(doesn't mean I reject it, just not something I ever delve into as an explanation for stuff)

I have moved 11 times so far,
changing continents 4 times included..
If that does not qualify me as a nomad -
I don't know what could!

Once thought this was the best bike I ever owned:
Suzuki DR800 S Big
A really wonderful bike..!

but.. meantime I have learned there is an even better one, hehe
I totally adore my
Suzuki DR650
!!!!!!!!
She is lighter then the 850, but soooo powerful
and wow has she got a roar
(custom exhaust *bats lashes innocently*)

(novels, short-stories and some journalistic work)
(and yes - one can buy some of my stuff on Amazon *blushes*)
(but none of what I got out at the moment is written in English - sorry :P)
(and with my massive writer's block, could take forever before I get something out in English)

I don't believe in nationalities.
Borders have changed so often
(and they will keep changing)
Stop thinking small!
This is one planet - and you all live on it!!
(including the plants and non-human animals)

I am absolutely cat mad

Could I be an

..but at least most of the time I am quite harmless..

In The World Of Darkness... 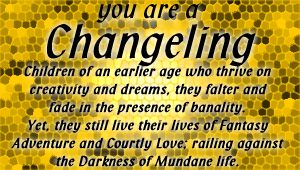 This feisty fellow is
a lost soul I picked up from the
'Adopt a Soul' service.
The stars in the background
were of course the only reason why
I picked him, honest!
*whistles innocent tune*

To return back to
MY LAIR
use either your browser's back button
(green arrow, up left corner)
or click below