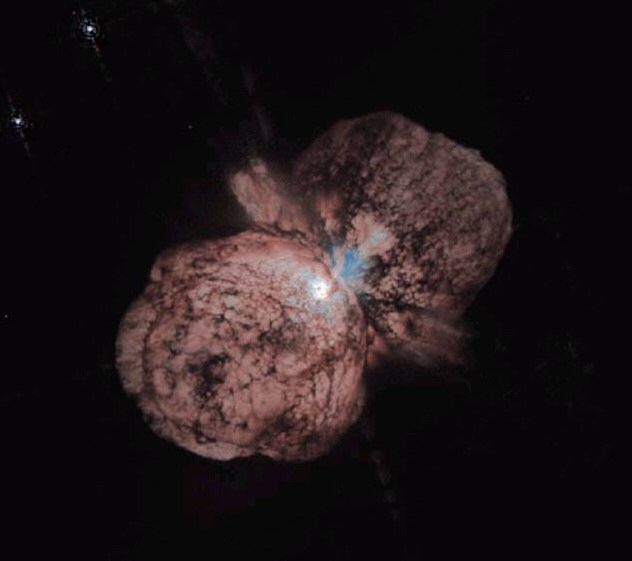 A huge, billowing pair of gas and dust clouds is captured in this stunning Hubble telescope picture
of the super-massive star Eta Carinae.

Eta Carinae is more than 8,000 light-years away, and features 10 billion miles across
(about the diameter of our solar system)
Eta Carinae suffered a giant outburst about 150 years ago,
when it became one of the brightest stars in the southern sky.
Though the star released as much visible light as a supernova explosion, it survived the outburst.
Somehow, the explosion produced two lobes and a large, thin equatorial disk,
all moving outward at about 1.5 million miles per hour.
Estimated to be 100 times heftier than our Sun,
Eta Carinae may be one of the most massive stars in our galaxy!