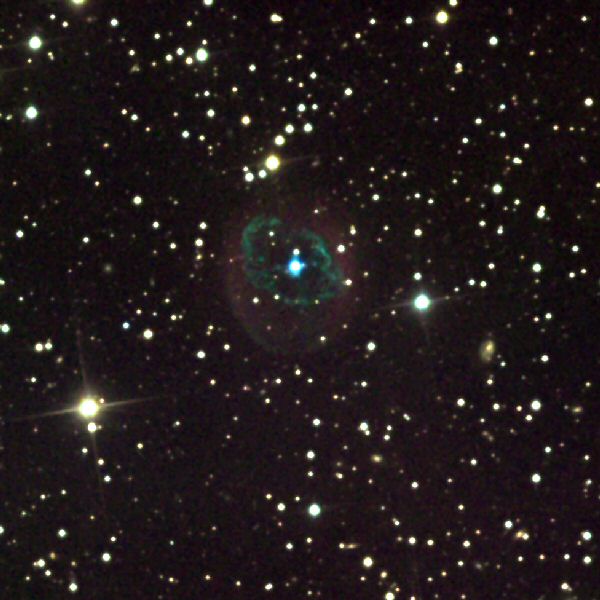 Stars are made of mostly hydrogen gas.
Throughout their lives they convert hydrogen gas to helium and other heavier elements in their cores.
When they die, these materials are released back into the galactic medium and potentially become the
building blocks of the next generation of stars. Abell 78 dramatically demonstrates this by displaying two
very distinct shells of gas. The reddish outer envelope is composed of mostly hydrogen gas.
This outer shell is the unprocessed hyrdrogen that used to make up the outer part of the star.
The inner green ring of material is made mostly of helium - which is direct evidence of how stars process
elements. The bright central star (the core, a white dwarf) still shines energetically and makes these shells
of gas glow. This image was taken through thick smoke and haze - but is bright enough
to capture the overall structure. 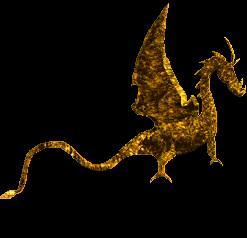 Shall we fly on?
There is still so much more to see!